Plating and painting on plastic substrates makes up a substantial part of many shops’ work. And starting with a clean surface is one of the keys to minimizing defects, no matter the substrate or type of finish the parts require.

According to Henkel Corporation (Madison Heights, MI), most plastics cleaners used today are acidic products based on phosphoric acid that operate over a narrow pH range of 2.5–3.5. They operate in multi-stage systems typically consisting of preclean, rinse, cleaning, and multiple rinse stages. Although the materials do an adequate job of cleaning most common soils, they may attack carbon steel tanks and equipment, Henkel says. They also generate phosphates, necessitating waste treatment before discharge to the local sewer or water system. 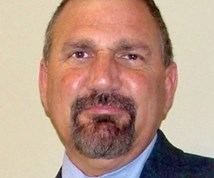 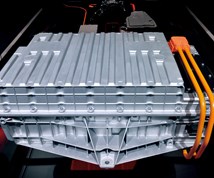 Now Henkel Corporation has developed what it says is the first cleaner for plastics that removes contaminants at lower temperatures to reduce costs, save energy and decrease the environmental impact of finishing.

The company’s P3 Polyprep 110 cleaner, on the other hand, is solvent- and phosphate-free. It’s said to combine exceptional cleaning properties with a lower operating temperature that reduces operating costs. According to Henkel, most plastics cleaners require bath temperatures of 140°F or above. The new cleaner is effective at temperatures as low as 110°F.

Henkel says the material is designed to cleanse mineral oil and triglyceride (fatty) oily soils from plastic and other surfaces. For plastic parts, such soils are generally mold releases used during part production. Other potential soils include substrate components such as plasticizers, fillers, anti-stats, flame retardants and heat and UV stabilizers; general shop solids from handling and marking; and fabricating soils such as sanding dust, aerosols from air lines, flashing residuals and lint.

The cleaner can be applied using any spray wash system where parts need to be clean before painting, surface treatment or adhesive bonding. According to the company, it can be used for a range of plastic applications, including primed and raw sheet molding compound, polyurethane and polyurea reaction injection molded parts, ABS, TPOs, TPEs, PVCs, polyethylene and all previously painted substrates. It also meets or exceeds all General Motors requirements for automotive exterior composite surface preparations and interior composite preparations.

In beta testing, a Henkel customer utilized a power washer at 140°F with standard plastics cleaners and measured natural gas consumption with a certified gas meter installed on the system burner. The customer then used P3 Polyprep 110 with water temperature at 110°F. The change saved the customer 500 cu ft/hr of natural gas—equal to $15,000 in annual savings based on a natural gas cost of $0.01 per cu ft of gas and operation 13 hr/day, four days/week. Henkel Corporation has a Web site (www.p3polyprep.com) that lets users calculate their own potential energy cost savings by plugging in numbers from their own operations.