We have encountered corrosion problems over the past few months and have examined every procedure to try and fix the problem. What have we overlooked?

Q. We manufacture ferrous powdered metal (P/M) parts. They are machined and honed in soluble-oil coolants, vibratory finished, and then washed. The vibratory and washing solution is the same and contains both cleaning and rust inhibiting so that no further process is required prior to shipment. We have done this for years without problems, but the past few months we have encountered corrosion problems. We have examined every procedure, including daily refractometer readings, weekly paddle tests for bio-mass contamination, proportioning of the make-up water for the vibrators and washers, weekly changing of the wash tank solution, etc. We have used an acid descaler to remove the corrosion and then re-washed the parts. After that, the parts are adequately protected. This indicates to me that the corrosion is on the surface, and not bleeding out from the interior. We have purchased the same fluids, from the same manufacturers, during this time. What have we overlooked? 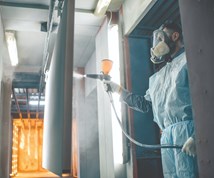 A. You probably have not overlooked anything on your end. I can’t make conclusions from the information supplied, but you are aware of the extreme material cost increases during the last year. This has caused many buyers to look for cheaper products, and some manufacturers may have lowered their quality to minimize price increases. You say you have not changed anything, and I’ll accept that, so there is a possibility that your vendors may have changed something. For sure, if everything were the same as it used to be, you would not be having this problem.

You purchase metal powders. Are they manufactured in the same facility as they were a year ago? Is the origin of the stock for those powders the same as it was last year, or the year before? Manufacturers, particularly those that are automotive related, have demanded price concessions of one sort or another.

All of us, including, no doubt, your own company, are looking for all possible cost savings. This has opened the door for some imported raw materials that haven’t always measured up to expectations or promises. Another potential for corrosion in P/M relates to sulfur compounds that are added to improve machinability. If you are using manganese sulfide, please contact me for a more detailed explanation.

What is true for the powders you buy is also true for the fluids. In the case of fluids, the raw material costs have escalated between 30 and 60% since the first of the year. Some critical materials are no longer made in the United States or are not made to former U.S. standards. The best efforts to provide identical formulas are often challenged by offshore products.
The possibility of using cheaper alternative ingredients can also tempt the formulator. For example, most rust inhibitors and cleaners are derived from combinations of organic and inorganic acids. These acids are neutralized with alkaline materials, usually amines or hydroxides. The cheapest by far are the hydroxides. Hydroxides neutralize acids very efficiently; however, the resulting rust inhibitors are less effective. And, in the amine family, there are many choices, some considerably cheaper than others. The cheaper ones can make good rust inhibitors in a balanced formula.

They do so, however, at the expense of the equipment, the environment and operator safety. A formulator under pressure to control costs may be tempted to either dilute the product or use some of these cheaper raw materials, perhaps even substituting hydroxides for some of the amines.

That element, sulfur, comes up again in this discussion. It has been my experience that when either sulfur or chlorine is present, corrosion problems are more likely. You mentioned soluble oils. These often depend on sulfonates. The tried and true major manufacturer of sulfonates was Shell Chemical. A few years ago, Shell discontinued this product line. The coolant manufacturers went scrambling for substitutes with varying degrees of success. The trade publications contained many ads to the effect that “we have the answer to your sulfonate problems.” Though I am not expert in that chemistry, I have observed the results for many years, and not all the results have been good.

Another factor for fluid manufacturers has been availability. As manufacturing has moved offshore, the supply lines have become less reliable. Recent events surrounding the Olympics, and preparation thereof, have created some challenges for many manufacturers, both of hard goods and of fluids. A critical item for inhibiting copper/iron galvanic corrosion has already doubled in price, and continues to rise. Sometimes you can’t get it at all. So, might a supplier decrease or eliminate this expensive ingredient? The outcome in fluid efficacy will be compromised, particularly for parts containing copper, and for machine parts such as copper lines, bronze impellers, and brass fittings.

Mass finishing is suspected in many cases because it is the last process before shipping. But, in the case of powdered metal parts, all fluids that touch the part penetrate the part to some degree and will bear on part integrity. The economic times we are experiencing, plus the drive to offshore manufacturing, can probably be blamed for the corrosion problem you are experiencing. Now, more than ever, we have to analyze the overall cost of price buying. The best advice is to stay away from sulfonated fluids, stay close to reliable vendors, and communicate with their technical staff whenever problems occur.
For you powdered metal parts producers, there is an article titled, “Troubleshooting Corrosion in P/M Parts Manufacturing.” Contact me if you wish to have a copy. ?