The Face of Second Chances

Toni Gauna found redemption and is now passing it forward.

Toni Gauna made a bad choice, and then she had all her choices taken away from her.

When she was 28 years old, Gauna was arrested and charged with felony drug sales. She was sentenced to six years in prison, and left her two small children with her mother to raise.

“Someone else decided what I wore, what I ate, what I did all day and where I could go,” says Gauna, director of operations for Perfection Industrial Finishing in Tucson, Arizona. “To see your children grow up through a fence is heartbreaking,” she says. “I knew from the moment I walked into prison that I wanted a better life for them and for me.”

To be upfront, Gauna doesn’t want sympathy from anyone reading this. I sought her out when she was selected for the 2019 Products Finishing 40-Under-40 Class. Her boss, Chuck Zinke, raved about what a tremendous job Gauna does running his operation, and how she grew the company’s workforce through a partnership with a program called Second Chance, which works to find employment for felons leaving the prison system. 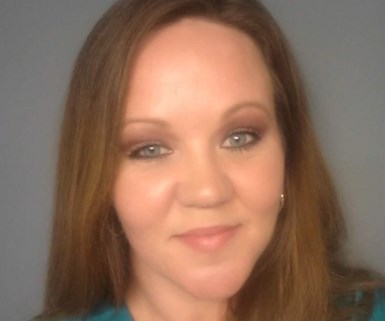 Gauna isn’t comfortable talking about what she did in her 20s. She owned up to her mistake and paid a dear price for it. She isn’t proud of what she did, but she doesn’t shy away when you ask her about it. She applied for more than 300 jobs in a sixth-month period when she was let out of prison seven years ago, and was summarily turned down for all of them because of her record; until Zinke gave her a chance in his masking department.

All she wanted was a chance to work, and she took advantage of it. She did her masking job well and, over the next several months, soaked up everything she could to learn about the finishing business. One day, when everyone was in a meeting and a customer came in the door, Gauna stepped from behind her masking table and worked with the customer to take care of his order. Zinke saw it and was impressed, and moved her into the expediting department to work with the shop’s semiconductor customers who are always on tight deadlines.

Zinke became even more impressed, and Gauna quickly moved up into production with liquid coatings where she grew as a manager and excelled in quality control. Zinke sent her to school to get certified as an auditor for AS9100 and for OSHA 10, while she also completed several other leadership training courses. Eventually, Zinke tapped her to lead operations.

“Toni is very smart, hardworking and tenacious,” Zinke says. “She doesn’t give up. She’ll stay and get whatever the job needs to get done, and she is a great communicator. She’s my right-hand person at this company.”

When Zinke saw a chance to grow his business, he knew he needed the manpower, which is scarce in Arizona with an unemployment rate under 3%. That’s when Gauna came up with the idea of working with people coming out of the prison system and rehabilitation centers, giving them a start back into the workforce.

During an 18-month period, Perfection Industrial Finishing grew from 35 to over 105 employees, with more than half of those employees coming from the Second Chance coalition, which Gauna now sits on its board of directors. She says the shop has a less than 12% turnover rate.

“We invested in them, and they are now investing in us,” she says. Even more remarkable is that Gauna recently nabbed a $114,000 grant to pay for training employees who come on board from the penal system, which virtually pays their entire wages.

Says Zinke, “We hope that with the investment we make in them that we get that loyalty in return, and so far it has worked out really well.”

Gauna is hoping that by sharing her story of redemption, that other finishing operations around the country might take the opportunity to hire someone who needs a second chance in life, just like she did.

“I thought I was doing everything right after I went to prison, taking courses and trying to prepare myself for life outside,” she says. “But to keep getting doors slammed in my face every time I applied somewhere because of my record, it was so disheartening. I can see why some people give up.”

Gauna is extremely grateful for the opportunity that Zinke gave her when he hired her seven years ago, and she has repaid his faith in her many times over. Her mission now is to make sure that she passes that on by helping others who have paid their debt to society, want to work again and be productive members of society.

“I remember I kept a journal of my time in prison, and I swear I cried every night the first three years,” she says. “I was ashamed of what I did, and of what I did to my kids and my family. But still, I needed to be motivated enough to walk out and get a job and make them proud of me again.”

Gauna isn’t angry at the fact that she went to prison. In fact, it’s the direct opposite.

“If I didn’t go to prison when I did, I am sure I would have been dead in a year or so,” she says. “Trust me, I wish none of it had happened to me, but something needed to change and prison was what did it for me.”

Toni Gauna says she is happy to share with other finishing operations how to give people second chances and develop a great workforce. Email her at toni@perfectionindustrialfinishing.com