Every electrochemist will be familiar with the book series initially edited by professors John O’M. Bockris and Brian Conway, two of the most distinguished electrochemists of the 20th Century.
#plating #pollutioncontrol #masking 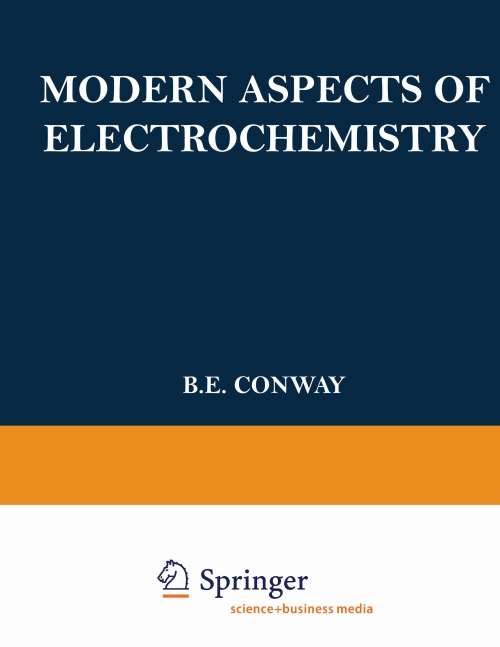 Every electrochemist will be familiar with the book series “Modern Aspects of Electrochemistry,” now over half a century old and initially edited by professors John O’M. Bockris and Brian Conway, two of the most distinguished electrochemists of the 20th Century.

They and subsequent editors have always sought to offer a mixture of theoretical or academic chapters with others which are of a more applied nature. Many of the Baender are themed; Volume 57, however, as the title makes clear, is very much devoted to metal finishing and as such will certainly be of interest to readers of Products Finishing.

In addition, the results of the analysis of electrodeposited alloys by the anodic sweep voltammetry are compared to those obtained by the X-ray diffraction. Finally, the chapter describes electrodeposition of composite materials and their mechanical and electrical properties. Important discussion is devoted to the electrodeposition of Ni–MoO2 composite coatings as cathodes for hydrogen evolution in industrial electrolysis. I believe the techniques described here deserve to be more widely used. How many Finishers have X-Ray equipment at their disposal? By contrast, many have access to voltammetric equipment, found in increasing number of practical laboratories for corrosion testing.

In chapter 3, Miskovié-Stankovié discusses the electrophoretic deposition of ceramic materials onto metal surfaces. Ceramic coatings may be useful as anticorrosion surfaces or in biomedical applications as implants. Materials reviewed in this chapter include alumina, boehmite, monetite, brushite, hydroxyapatite, and their combination with silver and/or lignin. The effects of electrodeposition parameters on thickness, morphology, and structure of the deposited ceramic coatings are well covered in this chapter. Various instrumental techniques for characterizing the properties of electrodeposited ceramic coatings are also detailed.

Chapter 4 by Tsui and Zangari reviews the fundamentals of the electrodeposition of metal oxides for the energy conversion and storage technologies. Electrochemical growth of oxide materials and methods to modify their composition, surface morphology, and crystal structure in relation to the applications for the energy conversion are discussed. The materials discussed include ZnO for solar cells, Cu2O for photovoltaic and photoelectrochemical systems, α-Fe2O3 for photoelectrochemical water splitting, and MnO2 for supercapacitor energy storage.

Chapter 5 by Stojadinoviéet al. is devoted to a rather special aspect of the anodization of aluminum, namely luminescence which is often observed during anodizing. While there are many hundreds of studies on the anodization of aluminum, little attention has been paid to the occurrence of so-called galvanoluminescence, an emission of weak optical radiation, mostly in the visible spectrum. The nature of the galvanoluminescence depends on the electrolytes used in the process, surface pretreatment, and anodizing conditions. As such, the phenomenon can be made us of to determine oxide film thickness, growth rate, refraction index, optical constants of alumina, etc. Anodization of aluminum above the breakdown voltage leads to the formation of plasma as indicated by the presence of sparks on the surface, accompanied by the simultaneous gas evolution. As a consequence, the total luminescence increases. The spectroscopy analysis of plasma allows the determination of electron temperature and electron number density.  This chapter will be of special interest to Finishers working in the field of MAO (Micro-arc anodizing), sometimes known as PEO (Plasma Electrolytic Anodizing)

In chapter 6, Cadian et al. analyze the electrochemical aspects of chemical mechanical polishing (CMP). This process is widely used in the semiconductor manufacturing in order to generate complex three-dimensional geometries. A successful polishing of metals is based on the formation of a passive surface film. Chemical mechanical polishing is widely used for both tungsten and copper and the electrochemical interactions with the polishing slurry are discussed in this chapter. Electrochemical processes that lead to undesirable phenomena such as pitting, etching of the metal surface, galvanic corrosion, and re-deposition of material onto the polished surface are described in detail.

Finally, in chapter 7, Djokic and Magagnin review surface treatments used prior to metallization of semiconductors, ceramics and polymers. Classical and recently developed methods such as treatment of the ceramic and polymer surfaces with Pd (II) and Ag (I), as well as galvanic displacement reactions for the case of semiconductors, are discussed. Metallization of nonconductive surfaces is hugely important, e.g in the automobile industry.

For readers working in the fields described above, or having an interest in the subjects, I think the chapters will almost certainly provide fresh - and useful – knowledge. Finally, readers are reminded that this work is available both in traditional print and electronic form, and that individual chapters can be purchased for those with very specialized interest.